Hate Divides A Community - We're Better Than This!

What is Hate Awareness?

Hate motivated crimes and incidents are activities that cause or threaten harm to the security, property, or dignity of an identifiable group or someone perceived to be a member of that group. Persons targeted by hate motivated crimes and incidents are deeply affected, sometimes for life. Targeting a person or group’s identity can strike fear into an entire community of people.

The Thunder Bay Hate Crimes Awareness Committee (TBHCAC) formed in 2013 as a grassroots response from citizens concerned about hate motivated crimes and incidents in our city. The TBHCAC is working to:

Hate motivated crimes and incidents are underreported in Canada. It is estimated that only 1 in 10 are brought to the attention of police. In part this is because no uniform definition or tracking mechanisms exists among police forces. There is also a lack of clarity about what constitutes a hate motivated crime. These factors make it difficult to understand the scope and extent of the problem and what the community, including police, can do to help.

The Thunder Bay Police Service recognizes the need for a more unified approach to strengthen the community trust.  The Service has adopted definitions of hate motivated crimes and incidents recommended by the Hate Crimes Working Group of Ontario:

A criminal offence committed against a person or property, that is perceived to be motivated and/or is motivated, in whole or in part by the suspect’s hate, bias or prejudice based on real or perceived race, national or ethnic origin, language, colour, religion, sex, age, mental or physical disability, sexual orientation or any other similar factor.

The Thunder Bay Police are enhancing officers’ investigating and reporting capacity to identify hate crimes and incidents and will continue work on behalf of those impacted by bringing evidence to the Crown for consideration during sentencing.

Hate or Rascism motivated crimes linked to actual criminal conduct e.g. Assault, mischief or threats.  Hate motivated crimes will require something said or inferred through words, gestures or actions.  Hate related information provided through victims and witnesses lead at trial will be considered by Judge at time of sentencing.

Not Criminal in Nature

statements describing racist comments, tones or bias towards a visible minority or indigenous person. May be based upon hate or hate motivated but not a crime. Services refused or negative general attitude towards others. The receiver is made to feel poorly or lessor than the sender.

Have your voice heard; please consider taking this online survey. 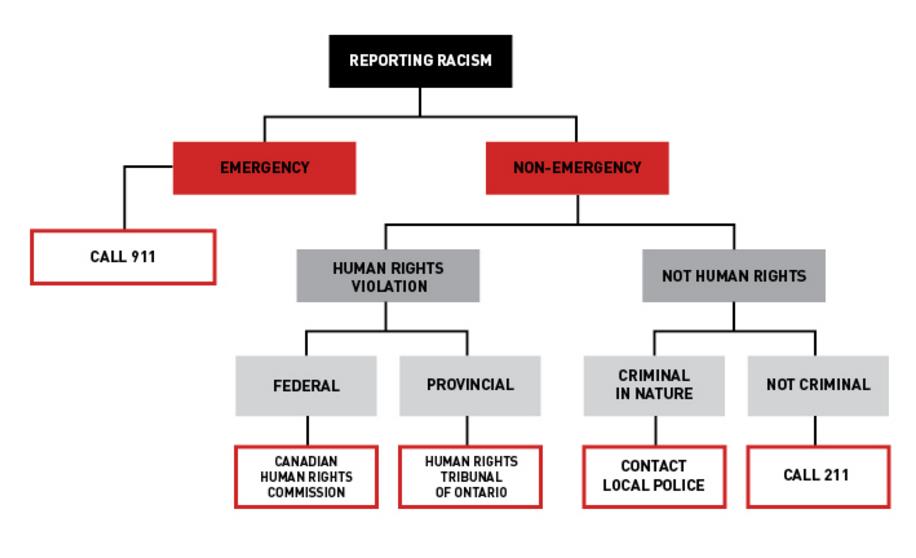 We encourage those impacted to report these to the police.

The Thunder Bay Police Service has an officer designated to monitor hate motivated crimes and incidents. We encourage impacted individuals and groups to call Constable Simon at 684-1200.

If you’ve been impacted by a hate motivated crime or incident Thunder Bay and Area Victim Services will connect you to the supports available to you in our community: 807-684-1051

It takes more than police to tackle this issue, especially when those harmed feel vulnerable, isolated and alone. If you witnessed an incident or have information, contact a Thunder Bay Police Service Community Inclusion Team Indigenous Liaison Officer at 684-1200 ext. 3720. Or contact Crime Stopeprs at 1-800-222- 8477, www.p3tips.com.