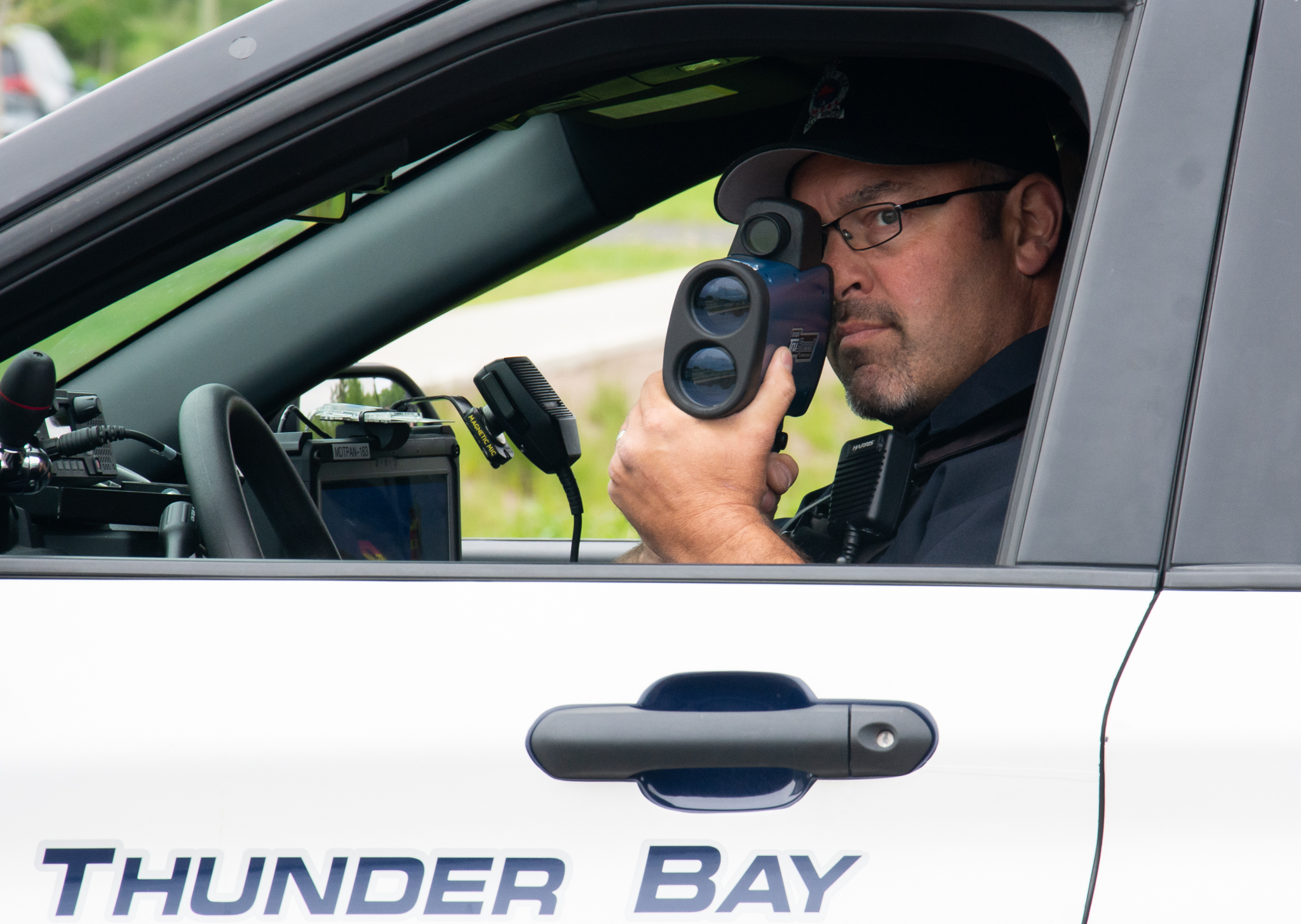 With the warmer summertime temperatures slowly arriving to the city, the TBPS’s Traffic Unit is asking motorists to cool down their speeds. After months of driving on snow- or ice-covered roadways, area motorists could be tempted to drive with less care thanks to the comfort offered by dry-and-bare road surfaces. Before you get too comfortable, keep in mind that statistics provided by CAA show more than 70 per cent of fatal collisions take place on roadways described as “dry.” Summer driving also presents its unique hazards, such as: • Increased pedestrian traffic (especially young children who can be unpredictable at times) • More cyclists sharing roadways • Other motorists driving at higher rates of speed • Increased traffic volumes (especially around special events) • Increased sun glare • Construction zones In an effort to keep roadways safe this summer, the TBPS’s Traffic Unit has engaged in targeted enforcement blitzes. One such blitz occurred at various locations in the city on Monday, June 13, and led to 141 charges being laid. Charges laid during Monday’s blitz included: • Speeding (sometimes more than 30 km/h above the posted speed limit within community safety zones) • Stop sign violations • Mobile phone use/ distracted driving • Commercial Motor Vehicle violations More enforcement initiatives took place on Tuesday and are expected to continue throughout the summer to help ensure all citizens can enjoy this city’s limited warm weather safely. The Thunder Bay Police Service would like to thank all motorists who drive sober, and travel with extra caution and care.