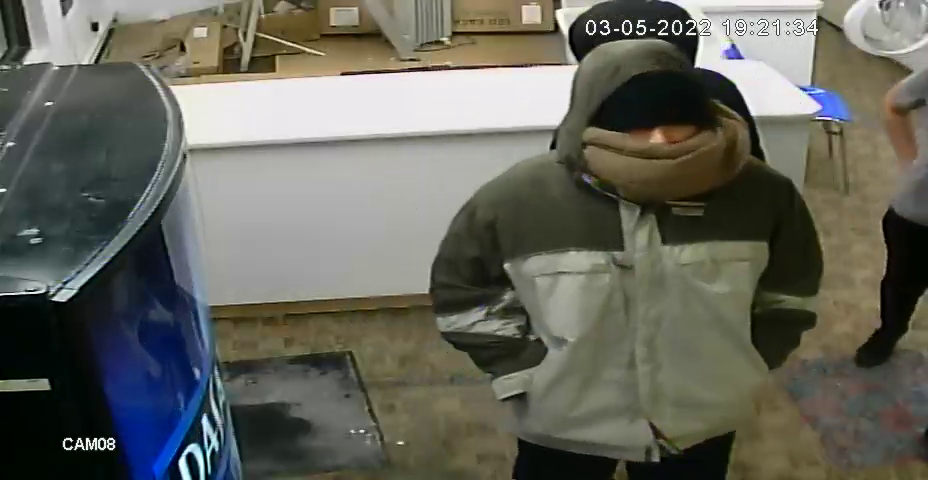 The Thunder Bay Police Service is requesting public assistance in identifying two suspects connected to a recent armed robbery at a business.

Officers with the TBPS’s Uniform Patrol Branch were originally dispatched to Barb’s Laundromat at 213 Algoma Street South just after 7:20 p.m. on Saturday March 5 following reports of a robbery that had just occurred.

Police learned a female suspect entered the store and approached the clerk to turn in a scratch lottery ticket. A male suspect, who appeared to be with the female, then entered and attempted to force his way to the cash register while the clerk was scanning the lottery ticket.

During this confrontation, the female suspect appeared to have handed a sharp object to the male. The male suspect then made threats toward the store clerk.

The suspects struggled to pry open the cash register before fleeing the business on foot.

Members of the TBPS’s Break and Enter and Robbery (BEAR) Unit are now involved in the ongoing investigation.

As a result of continued investigation, police have obtained video surveillance showing the two suspects at the time of this incident. Images are now being shared with the media and public in hopes both accused can be positively identified. 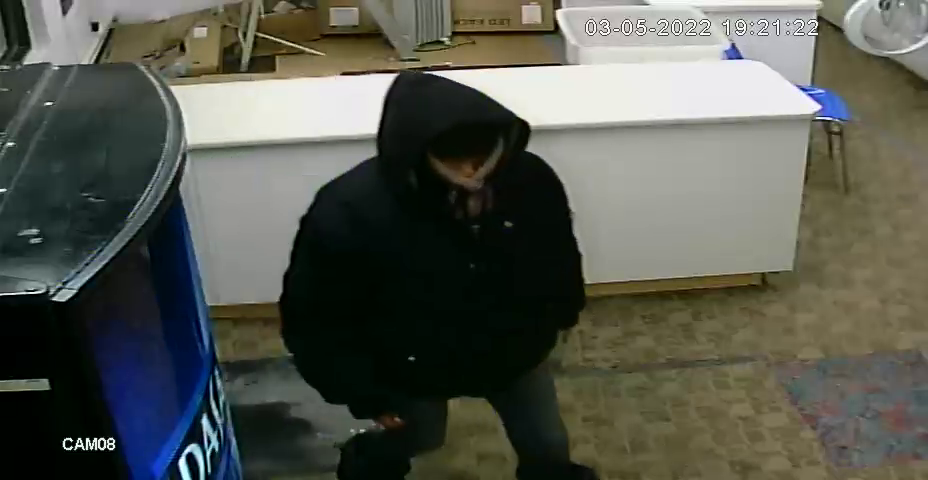