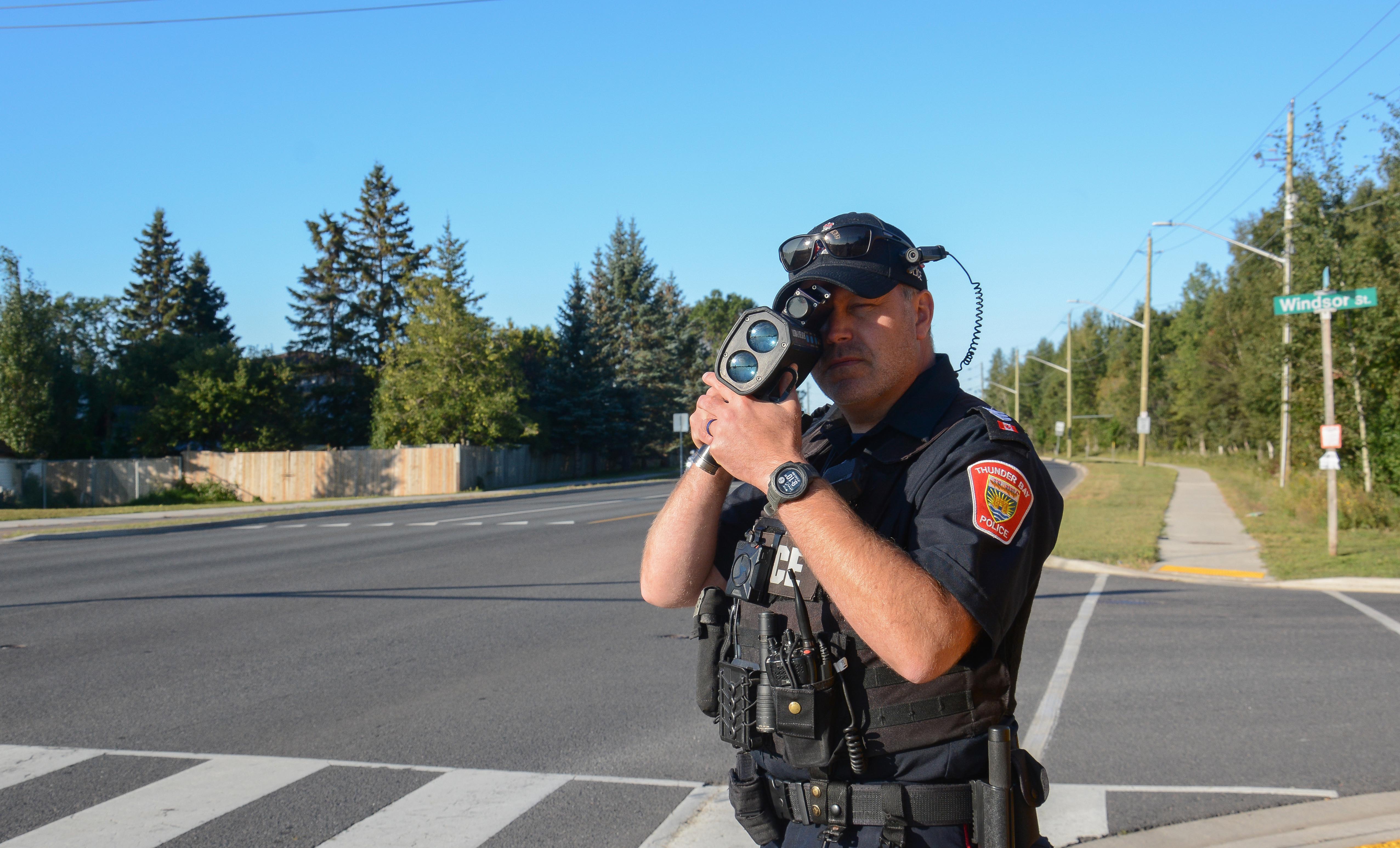 Police have graded the papers following their Back-to-School enforcement blitz, and for the most part local motorists are en route to the Dean’s list. There were, however, a significant number of drivers who were sent home with their first ‘F’ of the semester.

Thunder Bay Police Service officers from various units were stationed at locations across the city – in and around school zones – during the first day of school on Tuesday, Sept. 6. Following are some of the more problematic driving habits observed during this initiative.

In one incident, a driver failed to stop at the stop sign outside of a school and then fled from police. The driver was later stopped by police, and charged with Dangerous Driving and Flight from Police. The motorist also faces a Highway Traffic Act charge for driving with a suspended licence.

The second motorist observed failed to stop at a four-way stop in front of a school. This driver was actively texting and driving as they travelled through the stop sign while highly visible officers were watching. Two children were in the car at the time, and the motorist was driving with no driver’s licence.

A motorist was observed travelling 92km/h in the posted 40 km/h zone on Junot Avenue near Windsor Street. This area is a community safety zone that features a crossover and a crossing guard on active duty. Fortunately, despite the busy morning in that area the cross over was not being used and there were no pedestrians crossing at the time.

Another motorist failed the carpool quiz. The G2 class driver was charged when police observed six people in a vehicle equipped with five seatbelts. One passenger was a six-year-old child, and was seated in a passenger’s lap instead of a car seat.

Other offences observed during the back-to-school blitz included:

The end of this special blitz is not the end of this year’s school zone traffic enforcement. Thunder Bay Police Service officers will continue to monitor school zones, community safety zones, and other areas across the city to ensure motorists are keeping our roadways safe.

When it comes to traffic safety, we are not graded on a bell curve. Even if 99 per cent of motorists drive with care and caution, it only takes one careless driver and one careless moment to produce tragic results.

The Thunder Bay Police Service would like to thank all the motorists who continue to drive safely. For those who still don’t, we will see you after class.