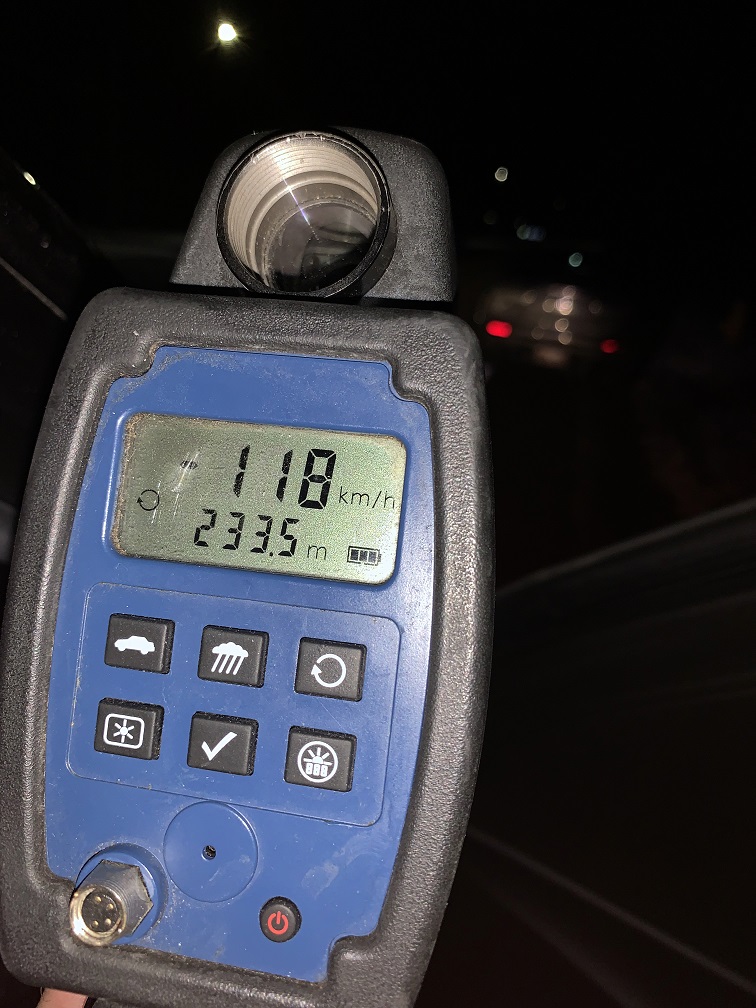 A local driver who tailgated a police vehicle before speeding past it and reaching speeds of 118 km/h in a 50 km/h was unsurprisingly pulled over and ticketed for speeding and stunt driving Saturday evening.

A Thunder Bay Police Service Traffic Unit officer was in an unmarked vehicle on routine patrol in the area of Broadway Avenue and Highway 61 just before 6:30 p.m. on Saturday Nov. 12. While travelling west on Broadway Avenue the officer observed a vehicle travelling closely behind him.

The tailgating was problematic during ideal circumstances, and made worse by the now-winterized road conditions.

The officers pulled over to the right at Prokops Road, where he initially planned on setting up for some speed enforcement.

Once the officers pulled over, the car travelling close behind him rapidly accelerated and continued westbound on Broadway Avenue.

The officer, already prepared for speed enforcement, was able to confirm the speed with a Lidar. The motorist was observed travelling 118 km/h on a roadway with a posted maximum speed limit of 50 km/h.

Had the rapid acceleration and tailgating not already caught the attention of the officer, the driver likely would have been undone by their extra loud exhaust system and fancy eye-catching spoilers.

By design, the car was equipped to get noticed, and both the officer and his Lidar unit took notice.

The 20-year-old male driver received a ticket for speeding, stunt driving, driving a motor vehicle with no current validated permit, and failing to surrender current proof of insurance.

The vehicle was towed and impounded for 14 days in accordance with the stunt-driving charge. The driver’s licence was also suspended for 30 days.