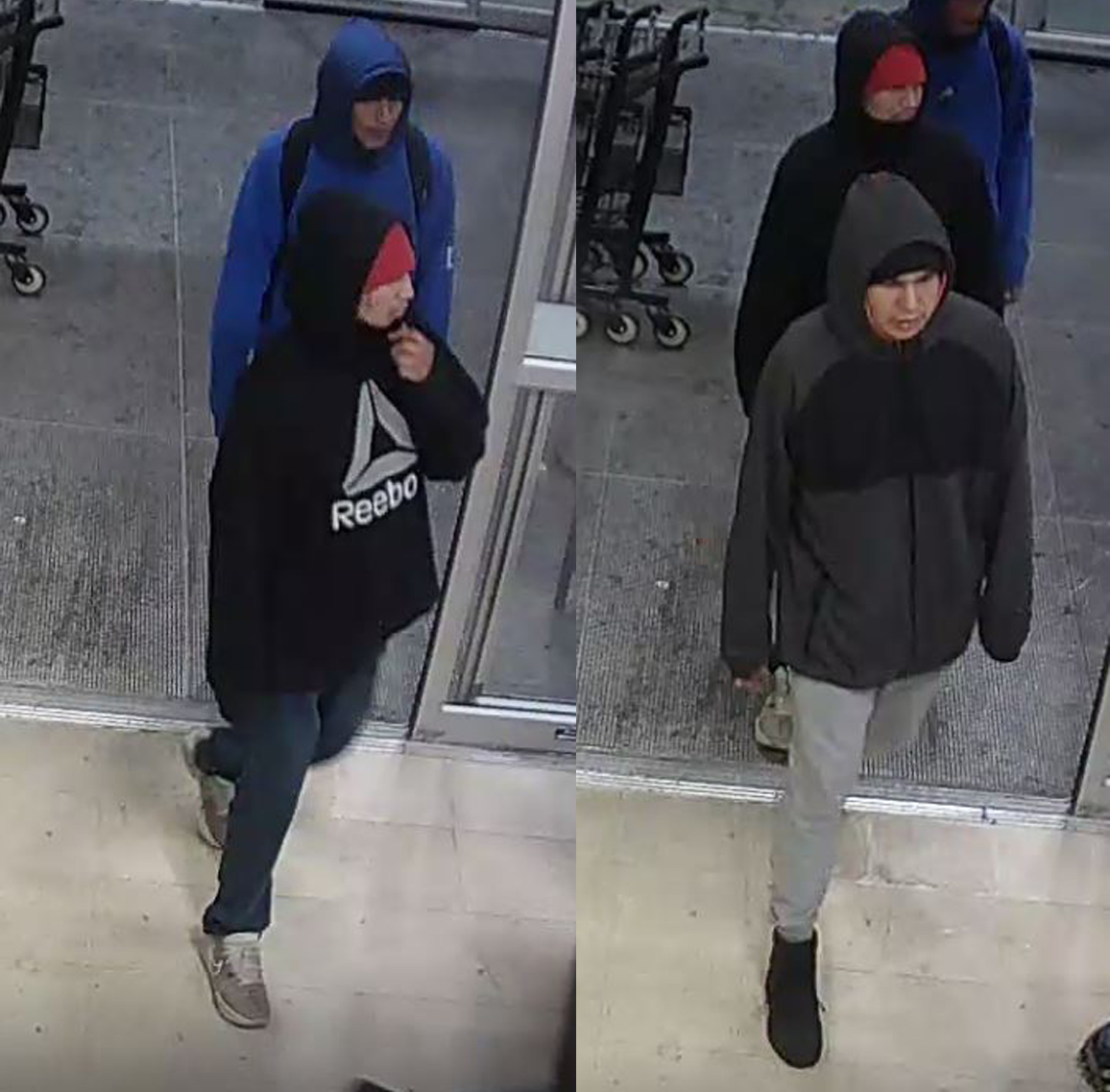 The Thunder Bay Police Service is requesting the public’s assistance as it continues to investigate the circumstances surrounding the homicide of Corey Belesky.

As a result of their continued investigative efforts, members of the TBPS’s Major Crimes Unit have obtained surveillance footage showing three males believed to be persons of interest. Still images from this footage are now being distributed to media.

Police are looking for anyone who may have observed or interacted with these three individuals in the area of River and High Streets between 9 p.m. on Monday, Oct. 31 and 2 a.m. on Tuesday, Nov. 1.

If you live in this area, or may have been driving in this area at the above mentioned time, and have home surveillance or dash camera footage, please review and contact police if you believe you have anything that could be helpful.

Thunder Bay Police Service officers with the Primary Response Unit were originally dispatched to a residential address in the 100 block of Brent Street just after 1:10 a.m. on Tuesday, Nov. 1 following reports of an injured male.

Other first responders, including firefighters with Thunder Bay Fire Rescue and paramedics with Superior North EMS were also dispatched to the scene at this time. An adult male inside the home was pronounced deceased at the scene.

Members of the TBPS’s Major Crimes and Forensic Identification Units became involved in the investigation.

Following continued investigation and the results of a post-mortem examination, police confirmed on Friday, Nov. 4 that the sudden death investigation was being treated as a homicide.

The deceased was identified as Corey Glen Ashley BELESKY, 31, of Thunder Bay.